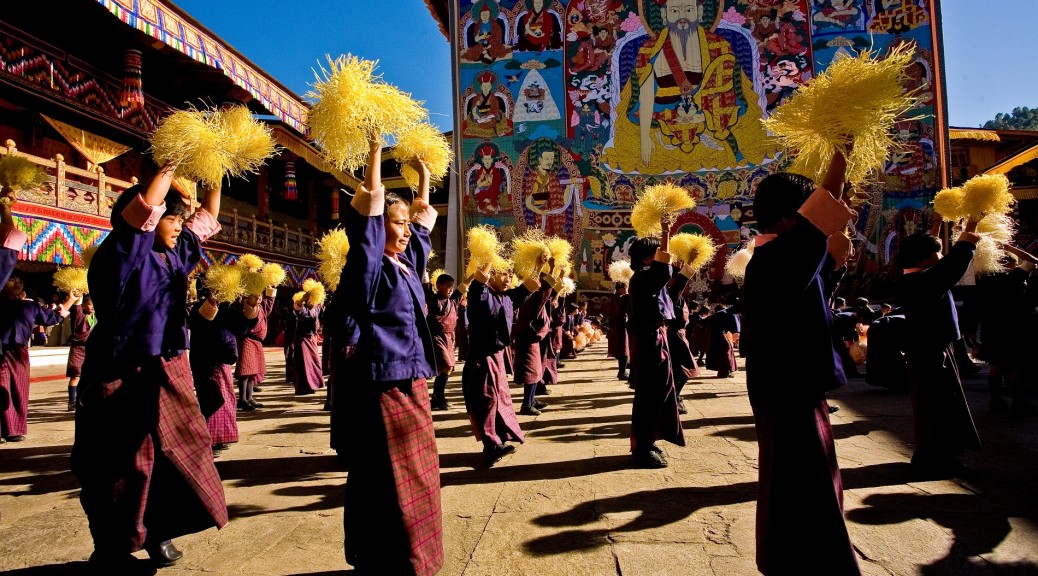 Bhutan is a destination for all seasons. Each season has something unique to offer in terms of events, weather, scenery and much more.

The spring season in Bhutan starts in early March and lasts until mid-April and is normally dry.The summer weather commences in mid-April with occasional showers and continues to late June and heavier showers last from late June through late September.The autumn season starts from late September or early October to late November and is characterized by bright, sunny days and some early snowfalls at higher elevations. From late November until March, winter sets in, with frost throughout much of the country and snowfall common above elevations of 3,000 meters.